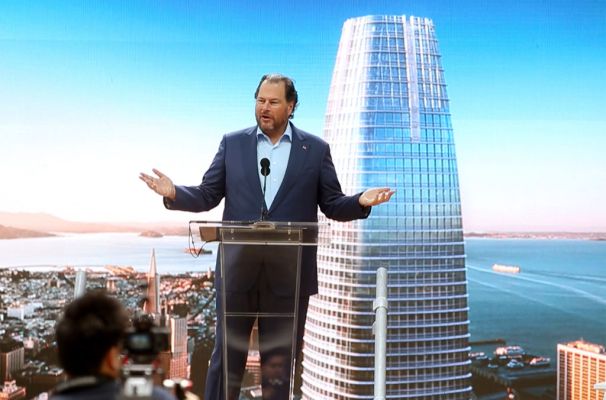 The rumors ignited last Thursday that Salesforce had interest in Slack. This morning, CNBC is reporting the deal is all but done and will be announced tomorrow. Chances are, this is going to a big number, but this won’t be Salesforce’s first big acquisition. We thought it would be useful in light of these rumors to look back at the company’s biggest deals.

Salesforce has already surpassed $20 billion in annual revenue, and the company has a history of making a lot of deals to fill in the road map and give it more market lift as it searches for ever more revenue.

The biggest deal by far so far was the $15.7 billion Tableau acquisition last year. The deal gave Salesforce a missing data visualization component and a company with a huge existing market to feed the revenue beast. In an interview in August with TechCrunch, Salesforce president and chief operating officer Bret Taylor (who came to the company in the $750 million Quip deal in 2016), sees Tableau as a key part of the company’s growing success:

“Tableau is so strategic, both from a revenue and also from a technology strategy perspective,” he said. That’s because as companies make the shift to digital, it becomes more important than ever to help them visualize and understand that data in order to understand their customers’ requirements better.”

Next on the Salesforce acquisition hit parade was the $6.5 billion Mulesoft acquisition in 2018. Mulesoft gave Salesforce access to something it didn’t have as an enterprise SaaS company – data locked in silos across the company, even in on-prem applications. The CRM giant could leverage Mulesoft to access data wherever it lived, and when you put the two mega deals together, you could see how you could visualize that data and also give more fuel to its Einstein intelligence layer.

In 2016, the company spent $2.8 billion on Demandware to make a big splash in e-Commerce, a component of the platform that has grown in importance during the pandemic when companies large and small have been forced to move their businesses online. The company was incorporated into the Salesforce behemoth and became known as Commerce Cloud.

In 2013, the company made its first billion dollar acquisition when it bought ExactTarget for $2.5 billion. This represented the first foray into what would become the Marketing Cloud. The purchase gave the company entree into the targeted email marketing business, which again would grow increasingly in importance in 2020 when communicating with customers became crucial during the pandemic.

Last year, just days after closing the Mulesoft acquisition, Salesforce opened its wallet one more time and paid $1.35 billion for ClickSoftware. This one was a nod to the company’s Service cloud, which encompasses both customer service and field service. This acquisition was about the latter, and giving the company access to a bigger body of field service customers.

The final billion deal (until we hear about Slack perhaps) is the $1.33 billion Vlocity acquisition earlier this year. This one was a gift for the core CRM product. Vlocity gave Salesforce several vertical businesses built on the Salesforce platform and was a natural fit for the company. Using Vlocity’s platform, Salesforce could (and did) continue to build on these vertical markets giving it more ammo to sell into specialized markets.

While we can’t know for sure if the Slack deal will happen, it sure feels like it will, and chances are this deal will be even larger than Tableau as the Salesforce acquisition machine keeps chugging along.

Please click here to read the original article as posted on TechCrunch.