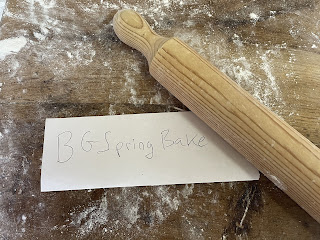 As we start to come out of the third lockdown in the UK, blinking in the not so bright light of yet another overcast day, it’s important to keep occupied. BrightGen have been pretty good at finding fun things to do, and the baking challenge returned for Spring. We all get an allowance for our ingredients, so the only outlay is our time and loving attention.

I’m not that fussed about cakes, and we’d only just finished up the last couple of slices of my Great BrightGen Bake Off entry from November 2020 (it was in the freezer rather than rotting in a tin!) so I decided to go savoury with beef loaf en croute. I’ve made this many times over the years, but this time was different. First I was making the pastry from scratch. I haven’t done this in about 10 years as the supermarket version is just as good, but that didn’t seem in the spirit of the challenge. The second difference was that it really mattered if it came out okay – this wasn’t just for guests to eat at a sophisticated dinner party, this was going on social media!

In the previous incarnation of the BrightGen bake off, the hashtag proved a bit of a challenge. That’s supposed to say GBGBO – Great BrightGen Bake Off. It’s just about readable, but hardly a triumph. I wasn’t expecting much better this time, but I was determined to try! 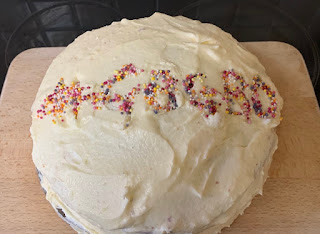 After making the pastry and leaving it to rest in the fridge for a couple of hours, I nicked off the ends and created the hashtag lettering – minus the hash symbol, as that’s just dead space. Not too bad, but boy do you have to be quick with puff pastry or it sticks to everything, and there are a lot more letters this time! 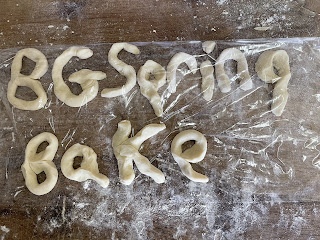 Next it was time to make the meat loaf – minced beef, onions, apples, breadcrumbs, stock and a few herbs, then 45 minutes in a Bain-Marie and it was cooling. This is by far the easiest part of the whole process, but make sure you leave it to cool down completely or you’ll leave half of it in the tin – I know this for a fact as I’ve spent more than one evening frantically trying to piece it back together like the world’s worst game of tetris. 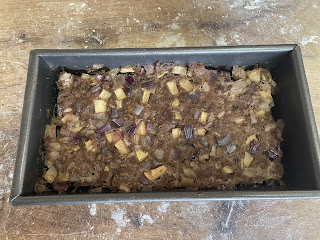 Several hours later I returned to assemble, only to experience the revenge of the hashtag (if you saw the outcome on social media, just forget that for a couple of paragraphs and play along with my artificial jeopardy) – it doesn’t fit on the loaf. 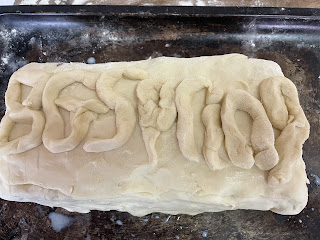 Nothing to be done now, as the whole thing was assembled, and the pastry was milk-washed and already starting to sag. Into the oven and hoping for the best.

Even if I say so myself, it came out alright: 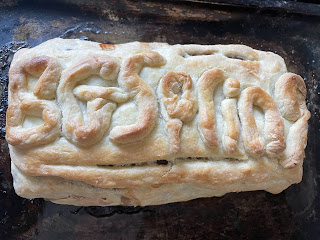 What happened? How did it go so wrong? I knew the letters were large as I wanted them to fill the top of the loaf, but did I really think I could fit 12 letters of that size with the surface area of a 1 pound loaf tin.

If only I’d made a smaller one to take the second part of the hashtag. 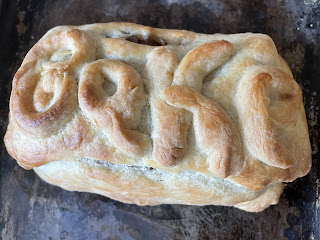 As I’m still shopping for elderly parents, whenever I cook anything like this I make extra to send to them with their weekly groceries, and it turns out the 1/2 pound loaf tin surface area is perfect for the last 4 letters.

Here’s the finished articles and a sneak peek at the official cutting: 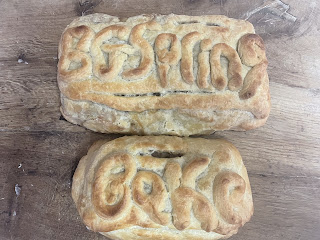 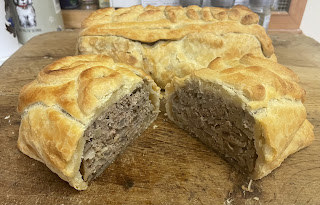