For marketers, customer relationship management ( CRM) is an integral part of their remit. And CRM software is an essential tool, strategy, or process that helps businesses organise their customer data in a meaningful way and access it through a centralised process. Something that connects the various organs of a business.

Zendesk takes pride in describing itself as a service-first CRM company that builds software designed to improve customer relationships.

A cloud-based customer service platform designed to improve communication between a business and its customers, Zendesk provides help support, sales, and customer success teams engage with their customers better.

Some of the biggest companies in the world had some of the most humble beginnings – in garages. Adobe, Amazon, Microsoft, Apple, Google, Hewlett Packard, Dell, Disney, Harley Davidson have all been created in garages. Zendesk in a loft in Copenhagen, Denmark with – Mikkel Svane, Morten Primdahl, and Alexander Aghassipour, the co-founders, sitting on a large table, with a few laptops and lots of coffee.

The idea of creating a customer service software started in 2006 when Svane and co-worker and engineer Primdahl were implementing old-school customer service solutions in enterprises, a technology that was ‘outdated’ then. Not only did it require specialists in setting it up, enterprises using it had to, allegedly, call consultants to execute it. Svane and Primdahl identified the problem area and decided to get cracking on a simpler, more composite software that can help in customer service. They called Svane’s friend Aghassipour and discussed the idea.

In later interviews, Svane said pitching the idea of reinventing customer service and the help desk was unattractive.

Aghassipour, who was a designer, had no domain knowledge regarding customer service or solutions. A self-confessed advocate for clean design, Aghassipour realised an opportunity when he saw one. It was Primdahl who identified the potential engineering problems and the solutions that could be solved online through a Software as a Service ( SaaS) model.

The journey to creating Zendesk was not an easy one. In 2006, after the three co-founders finally zeroed in on the idea of creating a customer service software, they quit their full-time careers and began working in the loft in Copenhagen. Funds were scarce, and Svane had a family to support. Svane, Primdahl and Aghassipour started freelancing as consultants to make money. 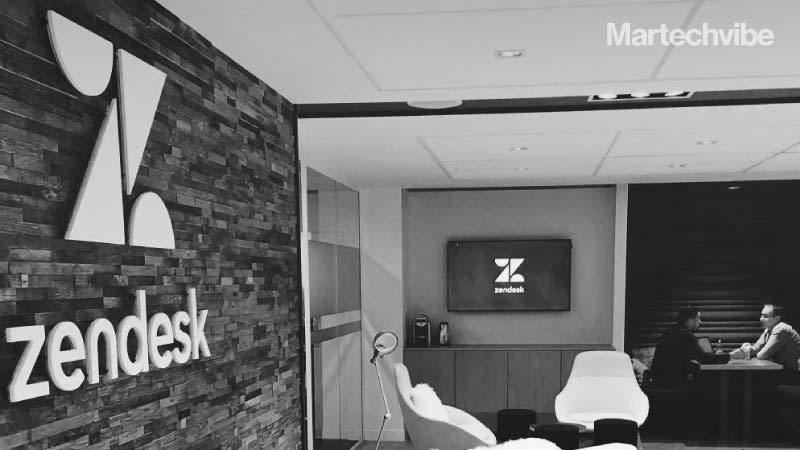 The idea of Zendesk was more or less clear among the three co-founders. They wanted it to be the alternative to the complicated system that customer service was. To attain those goals, Zendesk was decided to be a digital (web-based) SaaS-delivered help desk/support ticketing application that gives companies an easy way to manage incoming support requests from end customers.

Zendesk was launched online as a help desk software. Upon launch, Svane, Primdahl and Aghassipour were keen to see how people would react to it. In an interview to a popular tech magazine, Primdahl was quoted as saying, ‘We didn’t know what it would look like, and we were nervous when we flipped the switch on the server.’

A few months after Zendesk was launched, the start-up managed to acquire around 1000 customers, most were websites trying to streamline and manage customer service requests and communications. By creating a product for an increasingly website using clientele, Zendesk could reach an audience who were looking for something dynamic and easy. This however, did not bring overnight fame and success. With a long-drawn bootstrapped phase, the founders kept the firm alive through clients, most of whom had decided to try Zendesk simply because of the tremendous rave reviews it was receiving word-of-mouth. In 2008, the company’s fortune changed when it received a funding of $5million from German angel investor Christopher Janz.

2008 saw the power of the customers’ voice. As more and more people started coming online, and social media platforms fuelled digital time spend, conversations started happening about brands, marketers, products, services. Social media empowered people to share their experiences (good or bad) online. Facebook, Twitter, Reddit made comments, threads, forums and groups making marketers take note of customer feedback, and the channels they came from. It was necessary for brands to use a software solution that helped them keep a track of their customers’ requests.

Things got better for the firm after the founders got in touch with Devdutt Yellurkar, partner at Charles River Ventures (CRV). Yellurkar’s interest was piqued when Twitter began using Zendesk for customer support. Incidentally, Twitter itself is a CRV-backed enterprise.

By late 2009, Zendesk’s founders moved to Silicon Valley At the same time, Zendesk began to see a surge in customer numbers. The reviews brought many high-profile names as investors. Salesforce was one of them. Despite lucrative offers, the three co-founders refused to part with Zendesk and soldiered on. The company today has over 119,000 subscribers across 150 countries.

In May 2014, Zendesk became a publicly-traded company, debuting with an IPO price of $9 per share. In October 2015, the firm acquired We Are Cloud SAS, the maker of BIME Analytics software, the technology that Zendesk now uses to power its platform for $45 million.

Zendesk has a portfolio of products that help businesses in myriad ways. Let’s take a look at them.

Zendesk Support gathers all merchant interactions with customers in one place, allowing enterprises to create a seamless and productive workflow that keeps the customer at the centre. Through Zendesk Support, customers will have an excellent experience no matter what channel they use to contact businesses. These could be emails, public social media platforms like Facebook, Twitter, or messaging apps like WhatsApp, WeChat, and Twitter Direct.

Zendesk Guide is a smart knowledge base that allows businesses to create self-service sections and empower customer service representatives. Guide gathers and organises frequently asked questions and product features. It is perfect to combine with Zendesk Support as it speeds up the customer service team’s work even more.

Zendesk Talk is an integrated voice solution that allows customer service representatives topick up the conversation directly from Zendesk or set up an integration with the software of the business owners’ or customers’ choice. Talk is a cloud-based telephony solution, which means it won’t require extra hardware and a tech team to set it up.

Zendesk Explore is a tool for analytics and reporting. It helps enterprises collect, measure, and improve the complete customer experience. Business owners get clear reports about the topics customers ask about most, how successfully AI is solving tickets, and more.

Zendesk Gather is software for community forums. Gather creates a space where customers can talk, share ideas, request features, and help each other, instead of a business support team constantly helping them. If the situation tends to get out of hand, a human customer service representative can be looped in with Gather to aid the customer service process.

Zendesk Sell is a CRM that enhances the processes, productivity, and pipeline visibility of an organisations’ sales team. Sell stores the full context of a customer account cutting down the number of actions customer service representatives can do away with.

Zendesk helps clients choose the right stack of its solutions through the guide and support functions. The solutions can be used individually or in a combination.

The Zendesk range of solutions fit the budget of SMBs. With a bouquet of customisation options and a host of services to choose from Zendesk provides businesses with flexibility, numerous apps, and integration to any software businesses deem relevant. It’s time to get you your perfect help centre.

Please click here to read the original article as posted on MartechVibe.

How To Export WPForms Entries To Salesforce CRM {2020}

Sage gives time back to more business with Salesforce

The Top 10 Unique Challenges Faced By The Financial Sector

The 5 best data visualization tools for every business | ZDNet