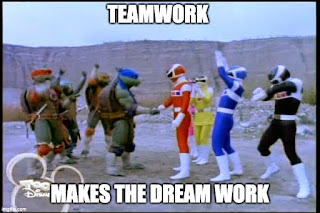 The big news this week (last week of November 2020) is that Salesforce are in “advanced talks” about acquiring Slack. While I wasn’t expecting this particular deal, I was expecting something of this nature, but I thought it would be in the realm of video rather than chat and they would try to buy Zoom.

I expected something because of the uptake that Microsoft Teams has seen since the pandemic started – from a disputed 20 million daily active users in November 2019, to 75 million in May and then jumping to 115 million by November. The combination of file sharing, chat, collaboration, and video clearly has a lot of appeal, even though Microsoft referred to it as “digital translation of an open office space” which I’d imagine would put a lot of people off using it! Given that we’ll be almost exclusively be using technology to communicate and collaborate for the foreseeable future, Salesforce had to be regarding the way Teams was embedding itself into the enterprise with envious eyes.

Slack hasn’t seen the same explosion of usage and its share price has recently dropped, making it vulnerable to a takeover bid. From the Salesforce perspective, this is an opportunity to get across the entire enterprise rather than being constrained by the org – something the Chatter Free license attempted a number of years ago, but in my view foundered because it just wasn’t a great collaboration tool when outside the context of Salesforce data. There was also the Company Community attempt to replace the intranet and more, but that was wildly expensive for a large organisation where most employees weren’t Salesforce users.

While an acquisition will widen the Salesforce footprint, and no doubt bring deeper integration between the two tools, there will still be the need for Yet Another License for videoconference software. Meetings moves some of the experience inside Salesforce, but it’s still someone else’s application.

There’s also Google Workspace to compete with – Meet and Chat have come on a lot in the last year, and complement docs, mail, calendar and co. very well. Again, it’s one G-Suite license and all of those tools are bundled.

So in my view, buying Slack makes sense, but it’s not the end – rather it needs to be part of a larger program to provide all the tools needed for enterprise collaboration in a single offering. That’s what Microsoft and Google are doing and Salesforce is playing catch up. To paraphrase Winston Churchill, this needs to be the end of the beginning, not the beginning of the end.