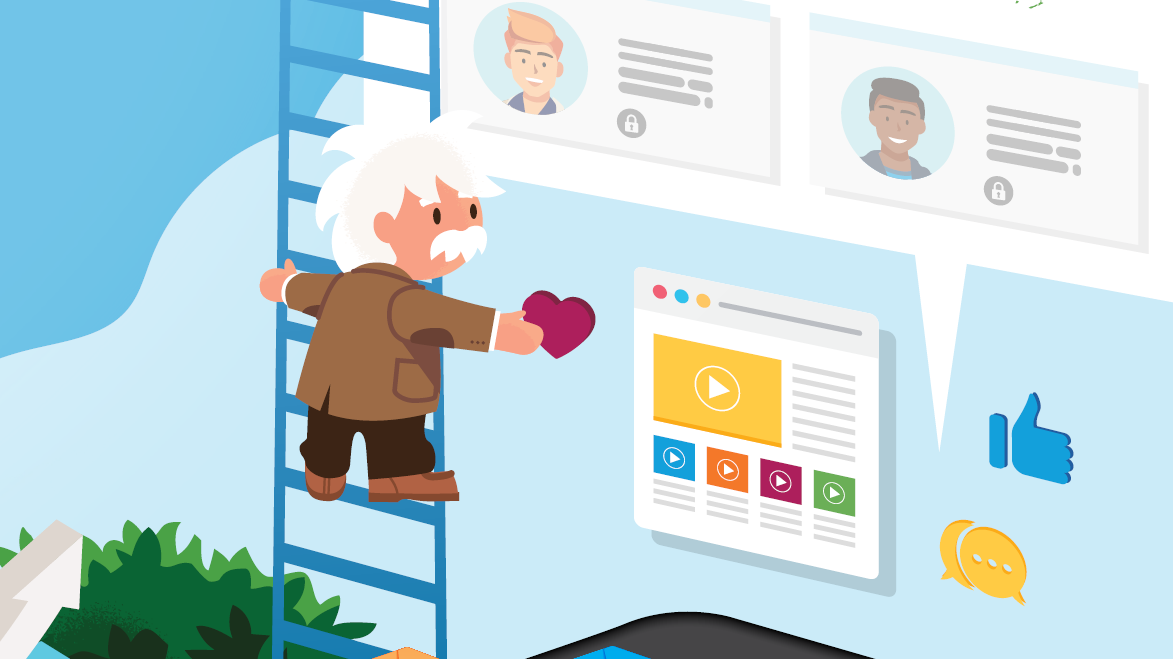 James is editor in chief of TechForge Media, with a passion for how technologies influence business and several Mobile World Congress events under his belt. James has interviewed a variety of leading figures in his career, from former Mafia boss Michael Franzese, to Steve Wozniak, and Jean Michel Jarre. James can be found tweeting at @James_T_Bourne.

You may have heard of the concept of an ‘industry cloud’; a solution which has been customised to fit operatory and regulatory requirements for a specific vertical. Salesforce has looked to this for software as a service (SaaS) and digital experiences with the release of Digital 360 for Industries.

The impact of Covid-19 has forced Salesforce’s hand on this front. The company cited its own State of Commerce report, which found consumers were spending more than half (54%) of their time on digital stores than previously. This is understandable given many brick-and-mortar outlets were forced to close amid global lockdowns; yet Salesforce also saw associated behavioural impacts for industries such as financial services, manufacturing, and the public sector.

The offering is designed to dovetail with Salesforce’s Commerce, Experience and Marketing clouds among others. Companies can ‘quickly and easily build eCommerce storefronts, webpages and portals that are connected to Salesforce Industry Clouds’, as the company puts it.

“Every company needs to become digital-first, no matter the industry,” said Shannon Duffy, EVP marketing for Salesforce Digital 360. “With Digital 360 for Industries, we’re expanding our leading digital and industry offerings to deliver exactly what our customers need – a flexible technology platform that is quick and easy to deploy.”

Take Digital 360 for Financial Services as an example. “The Experience Cloud Insurance Policyholder App delivers a complete policyholder portal enabling carriers to digitise the entire insurance journey from providing a quote, to paying a claim,” the company notes. “The Commerce Cloud Insurance toolkit offers the ability to build secure, scalable and personalised insurance storefronts where customers can quickly and easily add quotes to their cart, purchase the policies online, or follow up with an agent.”

The choice of industries for this initial stage is an interesting one. For those who follow the ‘industry clouds’ as built by the leading cloud infrastructure providers, such as Amazon Web Services (AWS), Microsoft, or Google Cloud, commonality can be found. Microsoft’s most recently-launched industry clouds, in February, targeted finance, manufacturing and non-profit. Healthcare and retail had previously been announced.

The importance of retail as a wider sector has a couple of reasons behind it. Given Amazon’s dominance of the retail market outside of AWS, some rival retailers want to ensure they don’t contribute further to Amazon’s bottom line. Albertsons, for instance, has indirectly been on the record about this, while the Walmart-Amazon war was the most egregious example.

From a technical perspective, however, the potential for retail transformation is huge. Covid-19 has forced certain elements, such as in terms of safety in customer experience, like kerbside pickups and delivery offerings. Salesforce’s Digital 360 for Consumer Goods focuses on this; a grocery toolkit and picker app, as well as a timeslot manager.

Microsoft noted trends in retail which Covid-19 accelerated, if not in all cases developed from scratch, and based this on its retail industry cloud. The first was around data explosion and utilisation – 90% of retail data, the company claims, is unstructured – while another related to sustainability and eCommerce. Retailers have also had their loyalties tested amid Covid-19, with consumers more likely to try new brands.

Yet this is a long journey of many steps. While some reports give optimistic figures – Omdia noted this time last year that expenditure on AI software for retail could touch $10 billion by 2025 – others are circumspect. A July report from Blue Yonder found that, of more than 100 global retailers surveyed, only 15% had ‘advanced autonomy’ in their supply chains.

What Is Salesforce Live Chat? A Brief Introduction

How To Move To a Subscription Business Model | Salesforce

Why Consumer Goods Companies Use AI and Automation | Salesforce

Why Consumer Goods Companies Use AI and Automation | Salesforce

How To Launch Headless Commerce | Salesforce

How Retail Is Prioritizing the Digital Customer Experience (CX) | Salesforce