Slack could gain new inroads to enterprise customers, and access to additional sales and marketing horsepower, if reports of its impending acquisition by Salesforce come to fruition.

The combination promises to address one of Slack’s biggest relative weaknesses in its competition with its largest rival, Microsoft Teams. The Redmond company’s collaboration technology benefits from Microsoft’s existing relationships with big businesses and organizations that use Windows, Azure, Office and Dynamics – so much, in fact, that Slack alleges Microsoft unfairly leverages its market position to give Teams an undue advantage.

A deal would also expand the longstanding rivalry between Salesforce and Microsoft in the larger market for business and cloud applications.

The combination of the two San Francisco-based companies would be “a major shot across the bow at Microsoft,” wrote Wedbush analyst Daniel Ives in a research note Monday morning. “For Microsoft this would competitively change the landscape and make Salesforce even that much more of a competitor (Dynamics vs. CRM) in the field as these two stalwarts further compete in the trillion dollar cloud opportunity over the next decade.”

Slack’s ability to penetrate ‘mainstream’ [Fortune 500] enterprises would presumably get a shot in the arm as part of Salesforce.

A deal between Salesforce and Slack could be announced as early as Tuesday afternoon, CNBC reported this morning, citing sources who said the acquisition would value Slack at a premium to its current share price. Slack’s market value was $24 billion as of Monday morning, up from $17 billion before the Wall Street Journal first reported on the talks last week.

The deal would pair two fierce Microsoft rivals. Slack greeted the launch of Microsoft Teams in 2016 with a full-page newspaper ad reminiscent of Apple’s message to IBM when the tech giant entered the PC market. Microsoft Slack CEO Stewart Butterfield told The Verge in May that “Microsoft is perhaps unhealthily preoccupied with killing us, and Teams is the vehicle to do that.”

Salesforce and Microsoft have a classic tech “frenemy” relationship, partnering on some fronts but more often competing head-to-head. When Microsoft acquired LinkedIn for $26 billion in 2016, beating out Salesforce in the bidding, Salesforce CEO Marc Benioff asked regulators to look into the antitrust implications of the deal.

For Microsoft, the stakes in a potential Salesforce-Slack combination go beyond the immediate workplace communication and collaboration market. Microsoft CEO Satya Nadella called out the larger importance of Teams to Microsoft’s business in remarks to investors in October, saying that the way it integrates a variety of different apps and services will result in “a significant amount of usage growth, more so than individual tools of the past, even.”

“Teams is very exciting to us, because unlike anything else that we’ve done at the application layer, it’s literally like a shell,” Nadella said at the time. “It has a platform effect.”

The work-from-home trends sparked by the pandemic haven’t fueled Slack’s growth as much as as Microsoft, Zoom, and other big players in collaboration technology. Slack has partnered with Amazon Web Services to upgrade its video-calling infrastructure, but virtual meetings aren’t a core part of its feature set, leaving an opening for its rivals.

“Slack’s ability to penetrate ‘mainstream’ [Fortune 500] enterprises would presumably get a shot in the arm as part of Salesforce,” wrote Karl Keirstead, a UBS analyst, describing the “classic upsell synergies” that could result from the deal. “While this source of upside seems hard to refute, an objective analysis of the last major acquisition – Tableau – suggests that it is easier said than done.”

That was a reference to Tableau Software, the Seattle-based data visualization company that Salesforce acquired last year for $15.7 billion. In the four quarters prior to the announcement of the deal, Tableau posted revenue of $1.19 billion as a standalone company, and Salesforce has reported Tableau revenues of $1.37 billion since the deal closed, a 15% growth rate that is equal to what Tableau posted in its final quarter prior closing.

This suggests that Tableau isn’t yet seeing a significant benefit in sales growth due to the Salesforce acquisition, Keirstead wrote.

“This could stem from the fact that Tableau has largely been left independent and we’re told that the sales integration effort with Salesforce has only recently kicked-off,” he wrote. “Bottom line, the upsell opportunity with Slack seems material, but it shouldn’t be exaggerated.”

The integration of Salesforce and Tableau was slowed last fall by an extended regulatory review in Europe, and complicated this year by the practical impact of the pandemic on day-to-day operations. Speaking with GeekWire in August, Tableau CEO Christian Chabot said the companies were working on ways to integrate their product lines, and sales and marketing efforts.

“We think going forward there’ll be great synergies where we can deliver more value to customers, and there’ll be greater reach where more people can understand how Tableau helps people see and understand data,” Chabot said at the time. “So we feel it feel optimistic about the synergies and the integration and the partnership on multiple business fronts.” 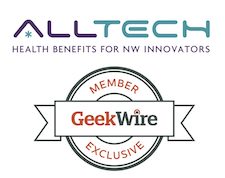 Please click here to read the original article as posted on GeekWire.